Can I Get a Mortgage on a House with Asbestos?

Can I Get a Mortgage on a House with Asbestos?

Many home buyers will be rightly concerned if they find out that their prospective new home has asbestos present in the property. It’s more common than you might think, as it was regularly used in homes up until it was banned in the UK in 1999.

In truth, there are many factors you will need to consider as it might not be as bad as it actually sounds. In fact, if the asbestos is contained and unlikely to be disturbed, it will pass a Health and Safety check, providing no barrier to purchase.

Can you get a mortgage on a house with asbestos?

In terms of mortgage lenders, it depends on the lender and what is uncovered during a survey. Some lenders won’t approve a loan on certain asbestos types. Ultimately it boils down to what an approved asbestos contractor has reported in terms of risk, plus any costs associated with safe removal if recommended.

Talk to a specialist mortgage adviser

Our specialist mortgage advisers have years of experience in helping with hard to place mortgages, including knowledge of a range of lenders prepared to offer mortgages on houses with asbestos.

For advice, please contact us today and we will partner you with the adviser best suited to your query.

Is it illegal to sell a house with asbestos in it?

No, it’s not, but sellers are legally required to disclose the presence of asbestos to the potential buyer. As a seller, you might not even know that this material is present, and it will most likely be detected by a chartered surveyor.

In most cases, sellers will have a surveyor produce a valuation report before placing the property on the market and this will likely raise any red flags. 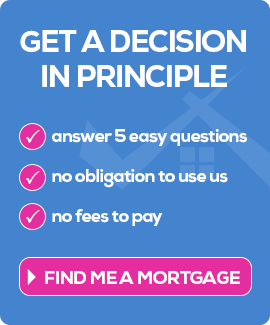 If asbestos isn’t detected during this initial investigation, and then the home is sold, then the surveyor and estate agent can be liable for prosecution.

For this reason alone, estate agents and surveyors are very hot on detecting asbestos during the valuation and surveying phase of a sale.

Should you buy a house with asbestos in it?

The topic of asbestos continues to worry people, and rightly so as the fibres can be deadly leading to serious illnesses, and sometimes death.

The places in an older home built between 1930 and 1950 where asbestos is most commonly found will be areas such as:

The most important aspect to decide upon is whether the asbestos is exposed or not. If people aren’t going to come into contact with it, for example it it’s in roof shed cement and won’t be disturbed, then it is usually safe and presents no issues.

A spokesman for the WhatPrice.co.uk home improvement website says:

“If an asbestos roof on a domestic garage or shed, say, is in good condition and doesn’t leak, there is no reason to change it.”

But what if you want to get a mortgage on a house you want to buy that has had asbestos flagged up during a survey?

The common advice is to employ a specialist contractor recommended by the local council to assess and survey the risk. It can be an expensive and big job.

When the results come back, if the specialist doesn’t believe there is much and the work to be done to make the situation safe is minimal, then it should not be a reason to not buy the property.

In fact, if the asbestos report comes back as being safe, with no risk to the occupant, it’s a great way for you to negotiate on the price of the home. This is particularly true if there is a charge for a contractor to make the asbestos 100% safe before you proceed with the purchase.

If there is a large amount of asbestos in the property, the cost for removing it or making the home safe could run into thousands of pounds which could change the situation.

By having a report conducted by a local authority approved contractor, you will be able to come to the right decision.

Exposure to asbestos fibres can result in a serious non-cancerous respiratory disease called asbestosis. Breathing the fibres in can aggravate your lungs, causing scarring, resulting in short breath and a dry crackling sound when inhaling.

If the asbestos is not damaged and non-friable, then Health and Safety regulations advice leaving it in place, as removal can create a far higher health risk compared to leaving it undisturbed.

Asbestos-related deaths commonly occur when a person has been exposed to the raw materials over a long period of time.

Do you need to remove asbestos?

If the asbestos-containing material is in an un-disturbed and good condition, it won’t release fibres into the atmosphere.

It’s when the asbestos is disturbed that it will be most dangerous.

If existing asbestos is found during a home renovation, the government advise that you immediately stop work and conduct a risk assessment. This will then determine whether a licensed contractor should attend the property and remove anything safely.

For full details on what the government say, we recommend that you read the guide to asbestos including frequently asked questions on the Health and Safety website.

When was asbestos banned in UK homes?

Believe it not, asbestos was not banned in the UK until 1999, when the then Deputy Prime Minister, John Prescott, signed The Asbestos (Prohibitions) (Amendment) Regulations, ahead of the January 2005 set by the European Union.

Having said that, in the main, house builders stopped using asbestos in homes in the 1970s, bringing an end to the practice of using asbestos cement in roofing and siding shingles.

Some older homes may still have asbestos in the textured paint and patching compounds using on internal walls and ceiling joints, despite this internal use being banned in 1977.

If your home was built between 1930 and 1950, it could have asbestos insulation still in place.

Call us today with your mortage query

With one quick phone call into our team, you could soon have the support of a specialist mortgage adviser who understands the complexities and right lenders for asbestos situations.

It doesn’t have to mean you lose out on your dream home, and could even lead to you being able to get a better deal.

DO YOU NEED HELP FINDING A MORTGAGE?

Click the button below to arrange your free phone consultation.

Powered by BrainstormForce
This site uses cookies: Find out more.